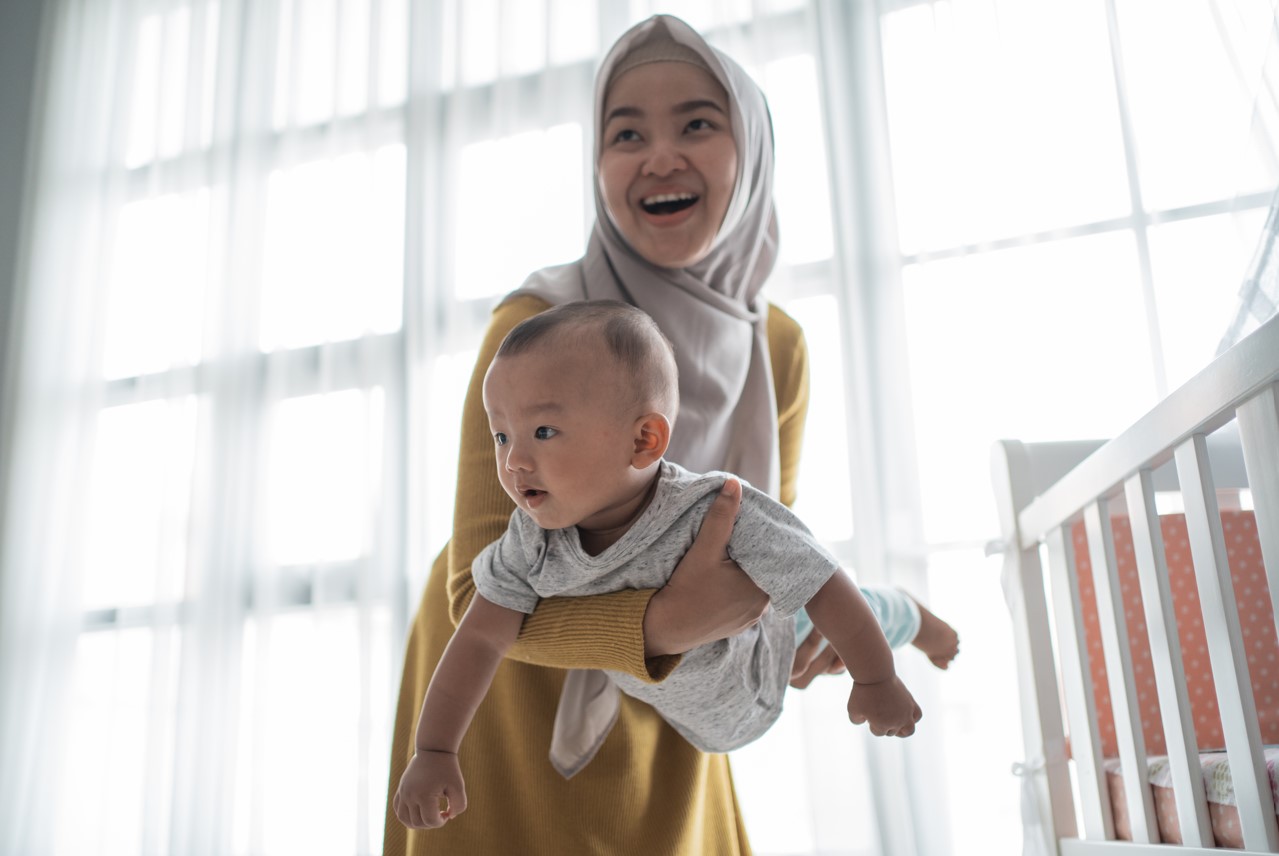 Building a new life in Geelong

In the midst of the COVID-19 pandemic, Sally and her infant son James were experiencing the frightening intensity of a violent relationship and a lockdown. Fearing for their lives, Sally and James fled their home in New South Wales to Geelong where she had family. The pair left behind all personal belongings, arriving in the new city with a bag and the clothes on their back.

On arrival, Sally sought help at The Orange Door where she was referred to Bethany’s Specialist Women’s & Children’s team. When case worker, Anna, first met Sally she noted that she was overwhelmed, traumatised and still suffering physical injuries. Anna commenced liaising with Family Violence services in New South Wales, who had assisted Sally to come to Victoria. By obtaining Sally’s risk assessment from them, she spared Sally the trauma of retelling her story.

Anna organized for Sally’s personal items in New South Wales to be packed up and applied for funding to pay for them to be brought to Victoria. With Sally’s consent, Anna liaised with her interstate lawyer who applied for an intervention order on her behalf, thus ensuring that the perpetrator could not trace Sally’s whereabouts to Geelong.

Whilst now feeling safer, Sally and her son faced homelessness as they struggled to secure affordable housing. Anna supported Sally to make submissions for emergency housing. She also referred her to Geelong Mums, organised supermarket and clothing vouchers, as well as supporting her to access Child Care subsidy.

Ongoing emotional and mental health supports were arranged, including a referral for James to Bethany’s Counselling team and support for Sally to obtain Medicare funded psychological support.

Anna also undertook advocacy to enable Sally to be placed on both state’s Victims Register and to apply for Crimes Compensation, as well as providing Sally with support letters for Family Court.

While Sally and James still face many barriers, they are now well equipped and supported to make a fresh start in their new city. Recently Sally attended her first job interview and is feeling more optimistic about the future.

Experiencing family violence can be a frightening and lonely situation. Bethany Community Support offers counselling, support and advice to women and children who are experiencing, or who have experienced, family violence. We work closely with other support services including sexual assault counselling services, Victoria Police, courts and others to support you and your children. If required, we may be able to help you find short term or crisis accommodation. We have financial counselling available for women who are leaving a relationship.

Every child, family and individual deserves opportunities to live their best life.

Christmas is a time for joy and celebration, but for many in our community, it can be a difficult time. This festive season, we need your help to share the joy of giving to our community members who need support and kindness more than ever. Bethany Community Support...

END_OF_DOCUMENT_TOKEN_TO_BE_REPLACED

26 August – In celebration of Wear it Purple, Bethany Community Support and Deakin University celebrated together to ‘Wear it Purple’ to show their united support for LGBTIQA+ youth. The organisations jointly hosted an event for their staff showcasing the power of...

END_OF_DOCUMENT_TOKEN_TO_BE_REPLACED

19 September - Bethany Community Support was the official charity partner of The Surf Coast Century ultra marathon this year, to help raise funds to support women and children experiencing family violence in our community. Through the partnership, runners were...

END_OF_DOCUMENT_TOKEN_TO_BE_REPLACED

Emergency Relief when our community needs it most

13 September - With the rising costs of living impacting each and every one of our everyday lives, the impacts are felt even more with families and individuals who are currently facing significant hardships. With more than 20,000 people contacting Bethany Community...

END_OF_DOCUMENT_TOKEN_TO_BE_REPLACED

Unlimited and undefined by gender For Bethany kindergarten educator, Kylie, a classroom discussion about careers highlighted that gender bias was influencing the way the children see themselves and their world, even at their young age. Kylie had initiated the...

END_OF_DOCUMENT_TOKEN_TO_BE_REPLACED

Regaining control of her finances got Emma’s life back on track  Emma had endured enough. After years of abuse at the hands of her partner, 40-year-old mother of six, Emma, finally fled the relationship, children in tow.   But that was by far the end of her ordeal,...